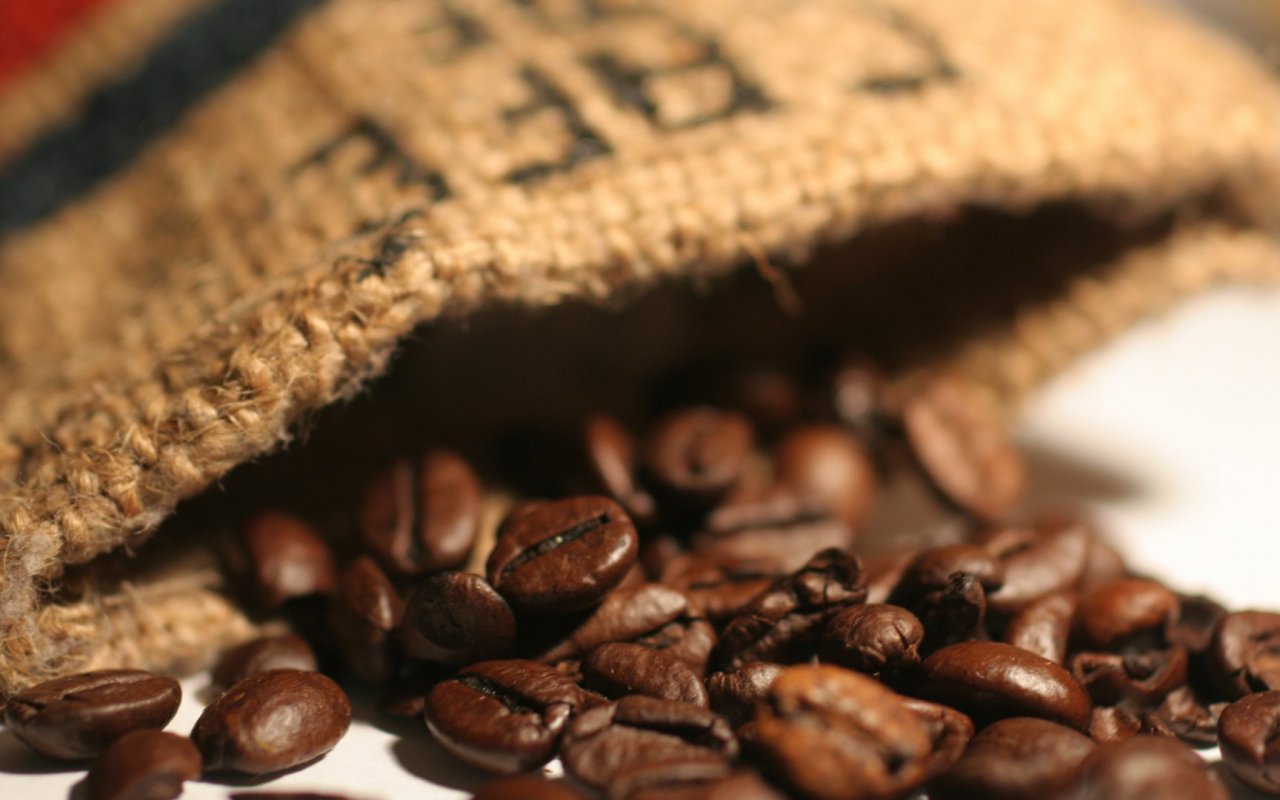 Costa Rica, a country of agriculture

Agrotourism, an authentic way to travel

Terra Caribea offers tourists and human experiences in Costa Rica integrated harmoniously with nature, developed by local people themselves. Costa Rica is also a precursor country in ecotourism and agrotourism. We organize trips throughout the country, a unique opportunity to introduce you to the Costa Rican rural culture and participate in agricultural activities contributing to the preservation of centuries-old traditions of the country and protection of the environment.

Here are some examples of integral trips through Cota Rica, please contact us for more details:

Coffee plantations in Costa Rica are known worldwide for the quality of the coffee they produce. Indeed, the country is now a major producer and exporter of coffee, but things have not always been like that.
In the early seventeenth century, trade between the East and the West accelerated, and the coffee became slowly more and more common around the globe. Then, two centuries later, coffee is grown in almost all Latin American countries. The English were the ones that brought the Arabica coffee in Costa Rica in 1779, and the government has strongly encouraged the production of the latter.

Nowadays there are many “coffee fincas” based mainly in the central highlands, due to favorable conditions for growing coffee (warm temperatures, alternating wet and dry seasons, fertile and well irrigated slopes). Moreover, from 1830 and for over a century, coffee was the main source of income of the country and financed the construction of many monuments.

This opportunity taken by Costa Rica has paid off, as today, the coffee industry is the 4th biggest economic income in the country. The “Grano de Oro” (Golden Grain) represents about 20% of gross national product (over 73 million metric tons of green coffee that is exported annually).

If you are a coffee lover, do not miss the opportunity to discover a finca (plantation) and the coffee production process from seed to cup! You can walk among the coffee, make a delicious tasting trip to dicover different flavors or even visit a “beneficio” (mill).

Located in Turrialba, the Finca Monte Claro is an agricultural and ecological family farm that’s worth a visit. The environment is beautiful and  it is possible to do many activities: coffee tour, hiking, horseback riding, visit the farm animals, go mountain biking and go canyoning. It is possible to stay several days, since they also provide the food and shelter.

In addition, the Finca Monte Claro is part of Naturalba, a group of small producers in the region who have not had access to individual conventional circuits of distribution. Everything is done so that the coffee bean is used and not resold as raw material to other farmers as commercial intermediaries. Coffee 100% pure Arabica produced there is either organic or from environmentally friendly crops. 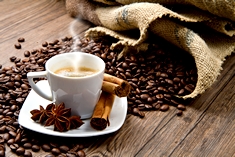 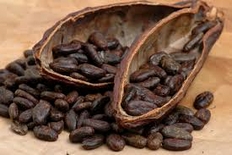 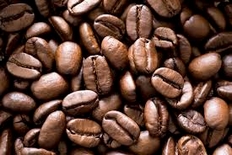 Costa Rica is one of the first countries in Central America where cocoa was grown. The culture was very developed at the beginning of the century, but has gradually cleared to make way for coffee, pineapple and palmito.

Basically considered “a gift of the Gods”, cocoa was not only used as a drink during major holidays, but also used as currency during the pre-colonial period. Besides, you will notice that many cocoa beans are still present on the coins (Colones).

First it was Native American tribes who cultivated cocoa beans in the lowlands of the Pacific coast and southern Caribbean (Bribri and Cabécar indigenous communities). Indeed, Costa Rica has the ideal conditions for cultivating the cocoa bean: latitude, humid and mild climate, mild temperatures and trees that protect plants from the wind. These parameters are very important, because the climate and soil quality have great influence on the quality of cocoa produced.

But the production of pods (fruits of the cacao) is becoming increasingly rare, due to the appearance of a fungus (“moniliasis”). Due to the emergence of this disease Costa Rica has lost almost 75% of their production. Cocoa trees affected by this disease produce fewer pods, but luckily it does not affect Cocoa beans produced.

Discover the secrets and wonders of one of man’s favorite food, chocolate. In the plantations you will learn the process by which cocoa is turned into chocolate, then you can enjoy it.

Terra Caribea’s favorite chocolate producer: in Bribri Natives
Bribri woman cooking beans still follow the steps for making chocolate according to the ancestral traditions of the Bribri. Passed from generation to generation for over 300 years, they will help you unravel the secrets of manufacturing. In their culture, cocoa is used to cure many diseases. Attend their demonstration, then enjoy the native chocolate drink and chocolate bars prepared from organic cocoa. 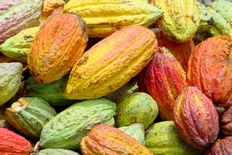 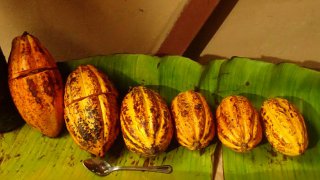 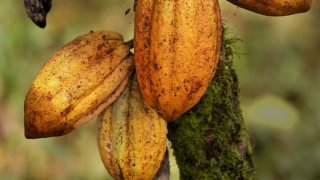 Why not enjoy your trip to Costa Rica to visit a finca that produces this delicious product? During this visit, you will have the chance to walk in the middle of plantations, then observe your guide cut the trunk of a palm tree, open it, and taste it. Enjoy the freshness and crispness of a fresh palmito! We also recommend staying for lunch there: it’s delicious! This step will allow you to try the traditional “casado”. Enjoy a full menu (starter, main course and dessert) based on palm hearts: an original meals we believe is one of the best in Costa Rica!

Long considered rare and precious, pineapple is an exotic fruit appreciated worldwide for its sweet and tangy taste, and for its richness in vitamins.

The cultivation of pineapple is very important to our days in Costa Rica, the country embarked on the fresh pineapple export since 1983. In effect, known as the world’s largest exporter of pineapples costs, Costa Rica alone represents 55% of world market of this fruit.

Visit a pineapple farm in which you will be presented the history, the organic farming, and all stages of growth of the pineapple from seed and harvest to the packing workshop! At the end of the visit, you will be invited to enjoy tasty Piña Colada!

Banana plantations in Costa Rica can be found in different regions of Costa Rica, you will be able to discover the traditional banana culture that is now the trademark throughout the country.

Pejibayes in Costa Rica is the center of research and learning on tropical agriculture and it is located in the Turrialba valley. Agronomists around the world consider this place one of the most important agricultural research sites of the tropics. It is possible to visit numerous agricultural projects, laboratories, greenhouses, seed banks and experimental crops. You will be introduced to a variety of crops, as well as their use (medicinal, stimulating, insecticide, ornamental…). 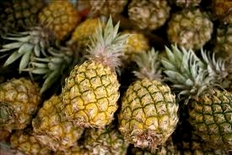 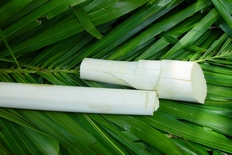 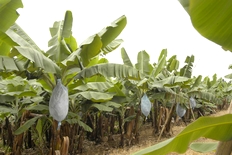 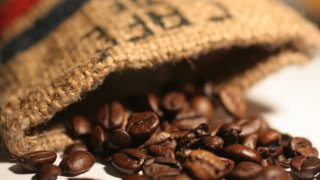 Beyond the stars: luxury tour in Costa Rica

How to travel to Costa Rica during the COVID-19 pandemic?