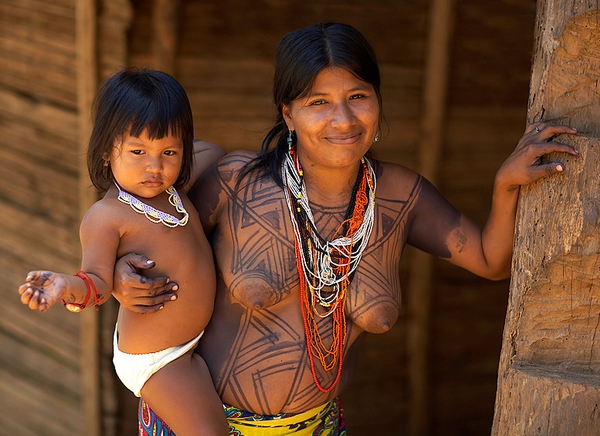 Costa Rica is inhabited by indigenous populations of Mesoamerican and South-American cultures. Unfortunately, these communities only currently represent less than 1% of the total population of the country.

These populations managed to survive thanks to their own economy based on agriculture, harvest, hunting and fishing. While you’re traveling around Costa Rica, take the opportunity to isit the Amerindian people that have preserved their traditions. 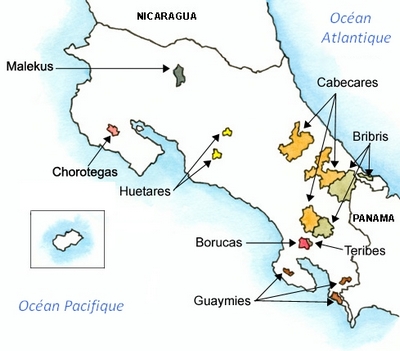 The Cabécar are the largest indigenous group in Costa Rica with a population of nearly 17,000 and are mainly gathered south of the Atlantic Coast, in the Limón Province, in the remote Talamanca reserve. They live in the mountains of the Cordillera, which allowed them to preserve their cultural heritage, their language (the Cabécar) and their traditional medicine. They live off agriculture (coffee, cacao and banana plantations), hunting and fishing. This tribe has probably the most unique culture. The “Cacique”, the tribe leaders, can be married to several women. Many tales and legends are part of shamanic rituals, which are well integrated within their culture.

There are still around 10,000 Bribris living in Costa Rica along the Atlantic Coast, around Limón. They have kept their language and use the Latin alphabet. They live off agriculture (cacao, bananas, corn and beans), pig farming and bird hunting. They make utensils with natural materials and pigments. Up the Yorking river, just a stone’s throw from Panama, lives a Bribri community that has been developed to welcome and host visitors. The community grows their own food and exchange their bananas and cacao for other products. From the village, you can also go see thermal hot springs and waterfalls.

Nowadays, there are few people left from the Teribe tribe in Costa Rica. They live in the Buenos Aires canton. Even though they have managed to preserve their cultural identity, they don’t speak their own language anymore. Their territory is today inhabited by many non-indigenous people. They mainly live off agriculture.

The Borucas are still very attached to their ancestral traditions, dances, legends and manual activities. They settled on their ancestral land, in the hills of the Terraba valley, and live off agriculture. They are particularly famous for their “Fiesta de los Diablitos” (Festival of the little devils), a three-day festival that takes place from December 30th to January 2nd. During this celebration, fighting between the Borucas (the devils) and the Spanish conquistadores (bulls) are organized. They also wear large, colorful wooden masks (in balsa wood) representing fantastic beasts, and drink “chicha”, a fermented corn alcohol.

In the 1960’s, the Guaymis tribe (also called Ngöbegues) migrated from Panama to Costa Rica. They settled on the South Pacific Coast, particularly north of the Osa Peninsula. The tribe still speaks its own language, the Guaymi, and still has a strong cultural identity. It is the only tribe where women still wear the traditional outfit with its triangular pattern and its necklaces of colorful beads. 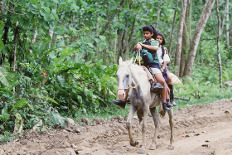 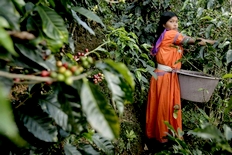 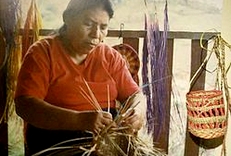 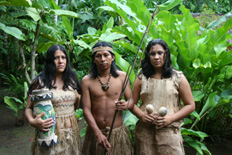 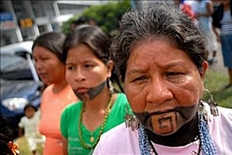 Also called the Guatusos, the Maleku is one of the smallest indigenous people of Costa Rica. 40% of the families don’t own their own land and the unemployment rate is of 10%. They live in the northern plains, in the small town of San Rafael de Guatuso, in the heart of the Alajuela province. They managed to preserve their language and traditions. They mostly live off cacao, pejibaye and palm oil production. If you visit a maleku village, you will have the opportunity to discover their history and traditions (medicinal plants, crafts). At the village, you will taste a typical dish while attending an ancestral ceremony. You’ll also be able to buy some of their painted bark cloths, wooden statuettes, pottery and arches.

Established in the Guanacaste province, the Chorotega tribe has preserved its own cultural identity, even if their language is no longer spoken. They live off agriculture and make ceramic pottery and figurines.

Only a small part of the community has resisted until today, but they managed to maintain their cultural identity. They are mostly present in Costa Rica’s capital, San Jose. They are famous for their use of medicinal plants and to celebrate the “Fiesta del Maiz”. Since the land where they settled is not very fertile, corn is one of the only food they are able to grow properly. They use natural pigments to color their clothes and they also make some ceramic sculptures that they sell at the “ferias” (markets).

If you are interested in discovering the Amerindian culture of Central America, we recommend you visit Panama, where you’ll be able to meet the Kuna, Embera, Wounaan, Naso, NGobe tribes and learn about their ancestral cultures. 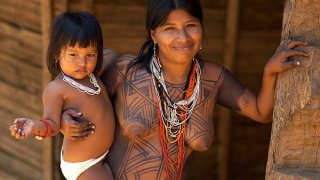