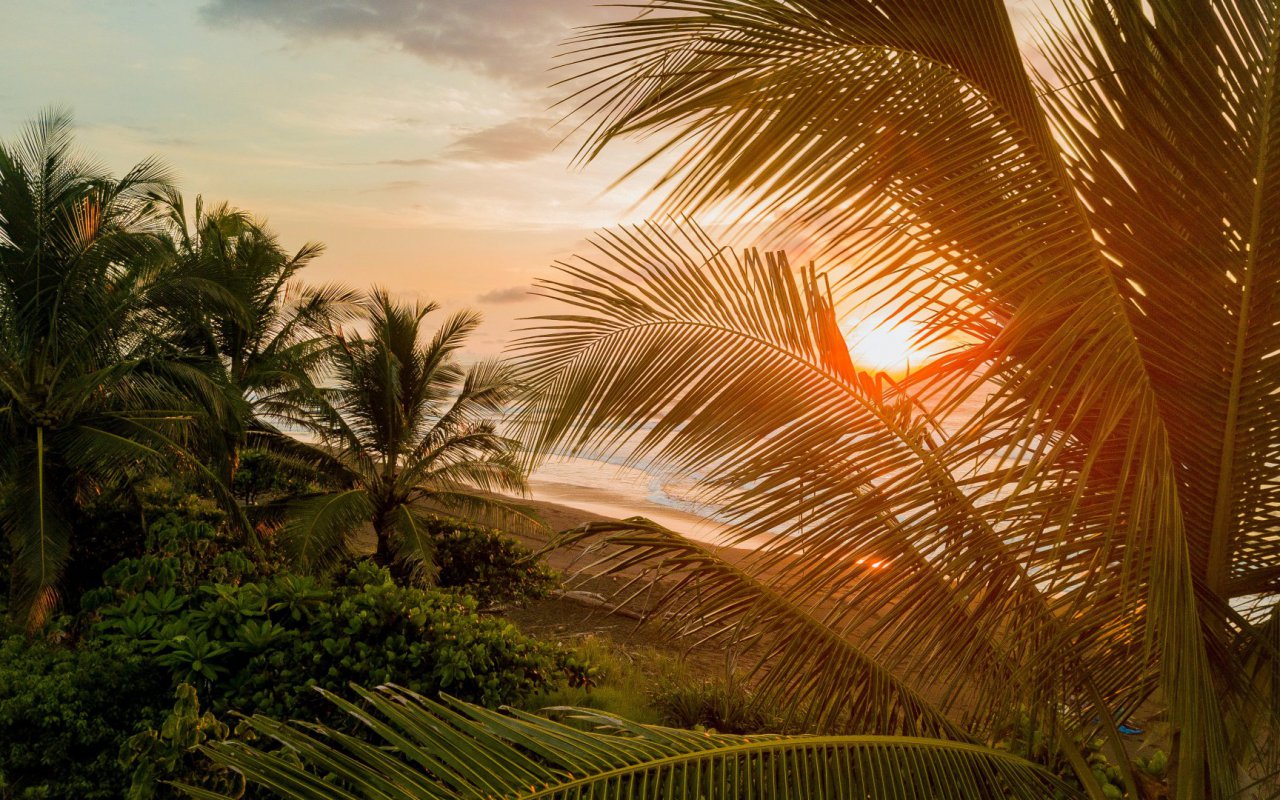 Costa Rica is THE dream destination for nature and ecotourism lovers. Given its biodiversity, Costa Rica has one of the richest fauna and flora in the world. Throughout your stay, you’ll have the opportunity to observe many birds, insects, amphibians, mammals and all kinds of exotic species: there’s no doubt you’ll get to see some cetaceans and turtles, iguanas and crocodiles, spider monkeys and sloths, colorful frogs, butterflies and snakes. Discover incredible vegetation in the 190 national parks, natural reserves and protected areas of the country and their dry and damp tropical forests, cloud forests and mangroves.

For those who are excited to explore this incredible nature, some of our tours will take you to the most beautiful sites, accompanied by a naturalist guide.

Check out a geographical breakdown of Costa Rica’s main natural parks and reserves: 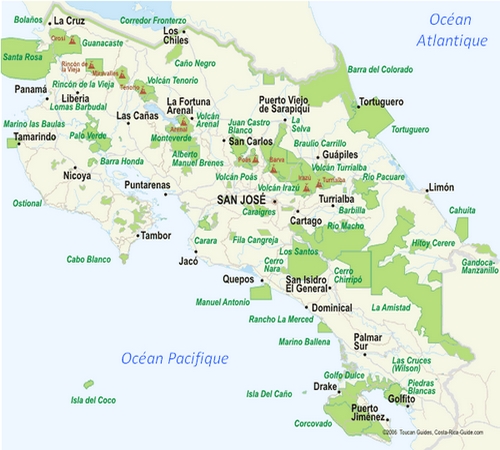 The biological station La Selva is a private research center run by the Organization for Tropical Studies. This medium altitude rain forest is  an extraordinary refuge for thousands of animal and plant species. It is also a renowned center of research and education. The reserve La Tirimbina also has discovery trails and evening excursions to observe the nocturnal fauna (bats,  frogs, insects etc.), an experience not to be missed!

The Caño Negro National Wildlife Refuge is one of the largest wetland reserves in Costa Rica. In the dry season, from December to April, it is not unusual to spot crocodiles, caimans and large mammals around the little lagoons. Caño Negro will please the bird watchers with its  flocks of migratory birds, spoonbills, ibis and cormorants.

Located in the Limón Province, Tortuguero National Park, is situated north of the Atlantic Coast and stretches over a vast protected area. The park, an ideal place to observe the local flora and fauna, can be visited on a guided boat tour. Its canals will leave you with unforgettable memories, partly because this miniature “Amazon Forest” is the favorite breeding place of Green Turtles (from July to October)!

Just a stone’s throw from the Caribbean village of Cahuita, this national park was created in 1978 with the goal of protecting the incredible coral reef that can be discovered on a diving excursion. It is home to mangroves, a tropical rain forest and two palm lined white-sanded beaches. In addition to swimming, snorkeling and discovering the lush nature, hiking is also a great way to discover the park!

The Gandoca Manzanillo is made up of a mosaic of wildlife habitats that extend into Caribbean Sea where several species of marine turtles can be found during mating season. You might even have the chance to see a leatherback turtle lay it’s eggs! The reserve is home to a mangrove and a tropical rain forest. Manatee and tucuxi dolphins also live in the lagoons and estuaries, which are important breeding areas for sharks, fish and lobsters. Several trails will welcome hikers, nestled between jungle and beaches. 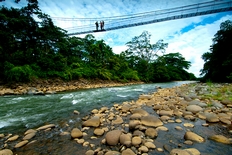 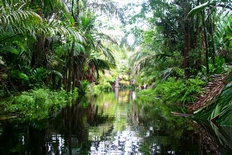 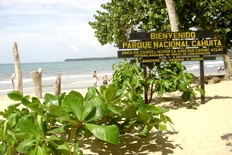 Only living in Central America, the Quetzal is considered one of the most beautiful tropical birds in the world. It lives in the cloud forests between 1,500 and 3,000 of altitude. Since its habitat is not easy to access and it’s a very shy bird, it is very difficult to find. Luck and patience are the key! It is in San Gerardo de Dota, at the bottom of the Rio Savegre valley, that you’ll be most likely to spot it.

CORCOVADO NATIONAL PARK – A Tropical Jungle off the Beaten Path

National Geographic has called the Corcovado National Park “the most biologically intense place on Earth in terms of biodiversity”.   The park conserves the largest primary forest on the American Pacific coastline and one of the few remaining sizable areas of tropical rain forests in the world! It’s habitats feature more than 500 species of trees, but also a large population of jaguars, coatis, toucans and snakes. It’s incredible fauna attracts tropical ecologists as well as tourists that come from all over the world to discover a wide variety of animals,  including the Baird’s Tapir, the giant anteater and the largest bird of prey in the world… the harpy eagle. 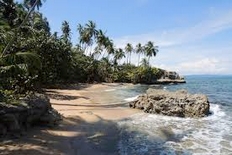 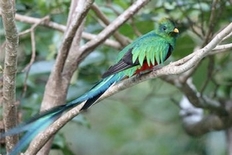 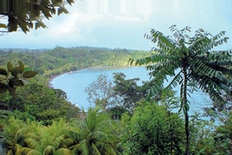 The Hacienda Baru National Wildlife Refuge is located on the Pacific Coast, 3km northeast of Dominical. It is home to a mangrove where you can spot crocodiles and caimans. The diversity of its habitat accounts for the multitude of species that have been identified there: numerous birds like the Heron, the Chocuacos and the Brown Pelican. Lora and the Hawksbill sea turtles can be found laying their eggs on the beach. A wide array of excursions allows you to explore the whole refuge!

At a certain time of day, the Manuel Antonio National Park looks like a lost paradise planted with palm trees. In addition to it’s idyllic scenery, abundant wild life can be found here: howler monkeys, capuchins, sloths and squirrel monkeys. The park also boasts four beaches. Some are perfect swimming spots while others are great for snorkeling or for long walks on the white sand. 12 hectares of mangrove make up the parks biodiversity!

With its dry and rain forests, the Carara National Park will surprise you! Although relatively small (only 52 km2), the park has some of the highest biodiversity in the country! The bird diversity is spectacular, particularly the population of Scarlet Macaws, which migrate twice a day between the forest and the mangrove of the coast. Enormous crocodiles also have settled close to the park, on the banks of the Tarcoles River.

MONTEVERDE AND THE GULF OF NICOYA

The Monteverde region is one of the greenest in Costa Rica. The Monteverde Biological Reserve and the cloud forest reserve of Santa Elena shelter a wide diversity of wildlife and vegetation, most of it unique in the world! On the various trails, you’ll observe the surrounding vegetation. Several hundred birds, butterflies, amphibians and mammals have been identified here, in addition to thousands of plants and insects.

If you’re passionate about ornithology, the Palo Verde National Park, where 279 bird species have been identified, is the perfect place for  you! The rich bird life is mostly due to the fact that the park is home to a dozen of natural habitats. These include a dry tropical forest of low altitude, covered in wooden hills, saltwater lagoons, mangroves, wetlands and large stretches of grass. 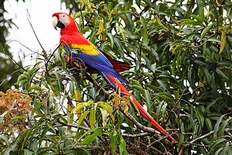 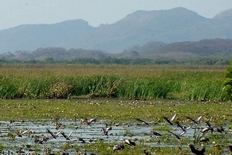 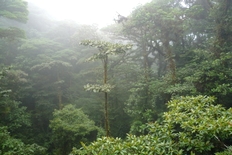 BEACHES IN GUANACASTE AND NICOYA

The Ostional National Wildlife Refuge is one of the very few olive ridley sea turtle laying sites in the world. For a few days and nights, thousands of females gather on a same beach and lay their eggs together in the sand before making their way back to the sea. Their gathering, from May to October, is a event not to be missed!

Although they are found all around the world, Leatherback Sea turtles (the largest reptile on earth) are endangered. They are mostly victims of industrial fishing, egg poaching and pollution. Their gathering, from December to March, on the beaches of Las Baulas National Park, in the heart of Guanacaste (around Tamarindo) is not to be missed.

The first national park to be listed as World Heritage site by UNESCO, the Santa Rosa National Park is divided into two areas: Murcielago in the North and Santa Rosa in the South. A place of remembrance for the Ticos, several sites of the south areas staged battles from 1856 to 1955. The park is home to the largest tropical dry forest of the country.

Embark on an experience to meet dolphins and humpback whales off the south Pacific Coast! Isla del Caño (departure from Bahia Drake in the Osa Peninsula) and the Marino Ballena Park (off Dominical) offer the best conditions to shelter important marine life, including marine mammals. It is a special place where orcas, seven species of whales (including the Blue Whale and the Humpback Whale), several species of dolphins and sea turtles live. The best time of year to observe them is from November to April and from July to October. 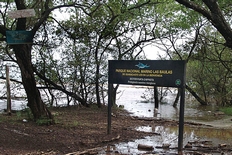 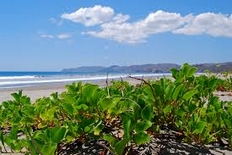 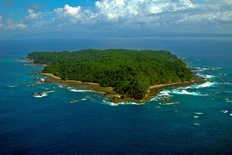 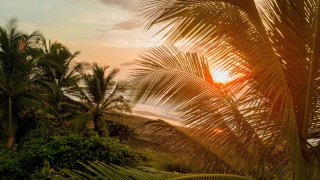