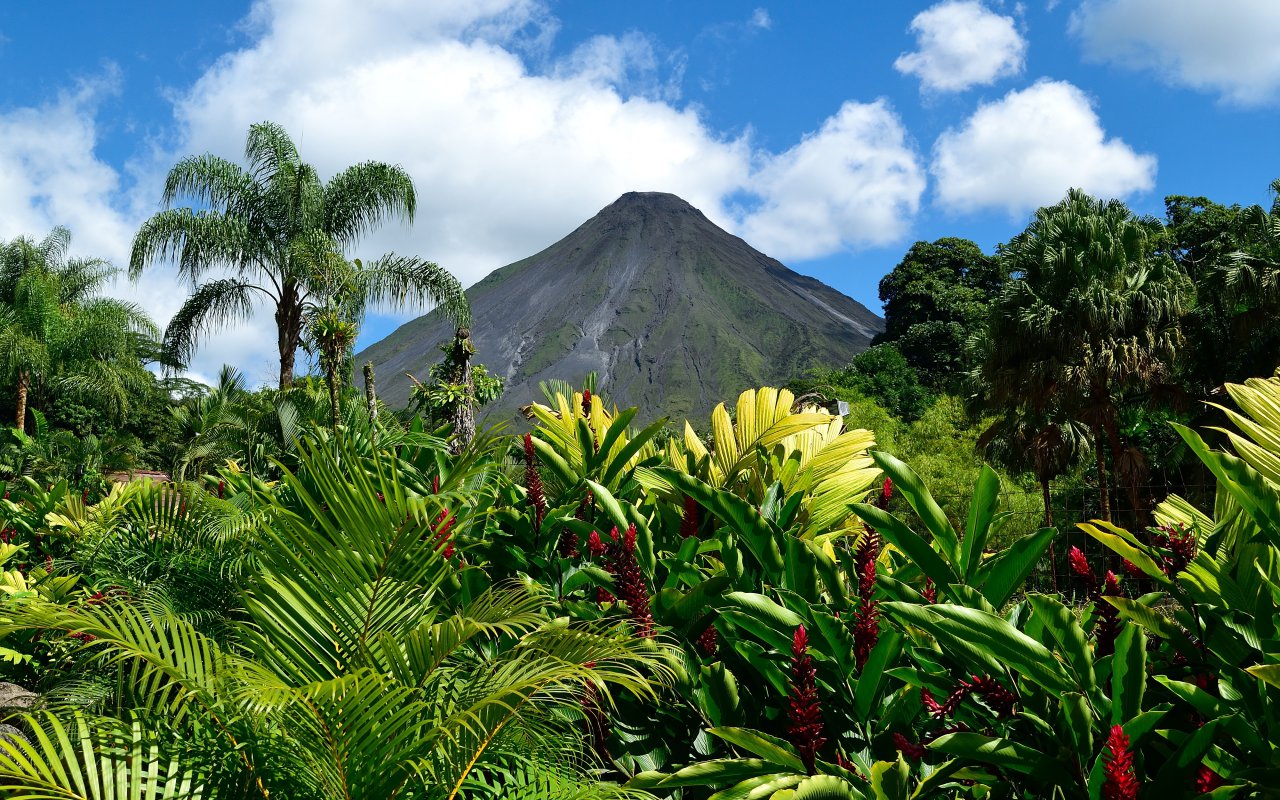 Volcanoes and Geology of Costa Rica

Costa Rica is home to 116 volcanoes, 7 of which are active! There are also about 300 volcanic cones!

North and South America were once separated by the sea, linked only by a chain of volcanic islands. The movement of tectonic plates caused the shape of the region. With the passing of millennia, this volcanic chain became relatively dormant, but Costa Rica is part of the so-called Pacific Ring of Fire!

There’s no need to be a volcanologist to enjoy your visit. Each volcano has its own characteristics and story of devastation.

Afraid a trip through the volcano region might be too repetitive? A tour of the country’s volcanoes  allows you to travel through several of the most interesting parts of the country. The volcanoes themselves are major tourist attractions. Here, you’ll find a variety of activities in the region that will make your stay even better.

The volcanoes of the Central Valley

At 2705 ​​meters above sea level, the Poas Volcano is one of the most active volcanoes in the country and also one of the most visited. Reached the top by a scenic road,  discover the volcano’s awesome power. Nearby, a  trail leads through the cloud forest to the Botos Lagoon, an ancient crater now filled with water and surrounded by a abundant vegetation. A visit to the small Volcanic Center will enlighten you about the history and formation of the earth’s volcanoes. 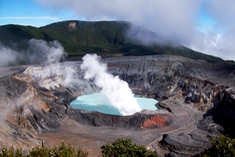 This volcano holds the same name as the charming Valley of Turrialb. It is symbol of strength and pride for the people of the area. Created in 1955, the Turrialba National Park protects 13 kilometers of mainly cloud forest. The area is often active. From the crater at the summit of the volcano (3,340 meters), you can see all the way to the Caribbean coast (weather permitting). 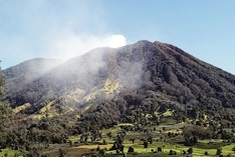 3,450 meters high and cloud covered, the Irazu is the highest volcano in Costa Rica and historically the most active. An observation platform offers visitors a bird’s eye view into the crater – 300 meters deep and 1 km wide, containing an bright green lake.

The Volcanoes to the Northwest

Imagine a cloud covered volcano with a perfect conical shape; at it’s feet a lake and surrounded by a national park.

The pre-Columbian tribes thought Arenal to be the home of the God of Fire. Enjoy a relaxing moment in the hot springs after a day’s hike. 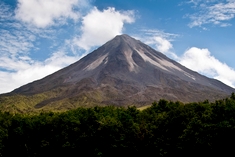 This volcano is composed of several peaks, the highest of which is the Santa Maria (1,916 meters). The region is dotted with fumaroles, warm sources of water and small mud pools (the smell of sulfur here is very strong!) The trails are well maintained, although sometimes very steep, leading to incredible landscapes. Since the late 1960s, volcanic activity is frequently recorded. The last ash steam eruption dates back to 1997. 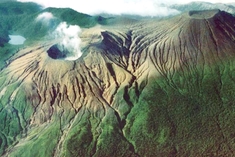 “This is the lake where God has washed his brushes after painting the sky,” once said Celso Alvarado.

Fumaroles, hot springs, bubbling pools, enchanting turquoise blue waterfalls… that’s what the Tenorio National Park has to offer. Don’t miss the Río Celeste ,whose color will leave a lasting memory. The site, off the beaten path, is perfect for hikers and nature lovers alike. 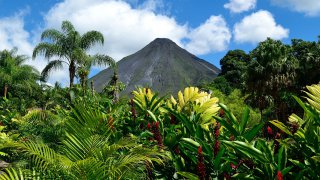